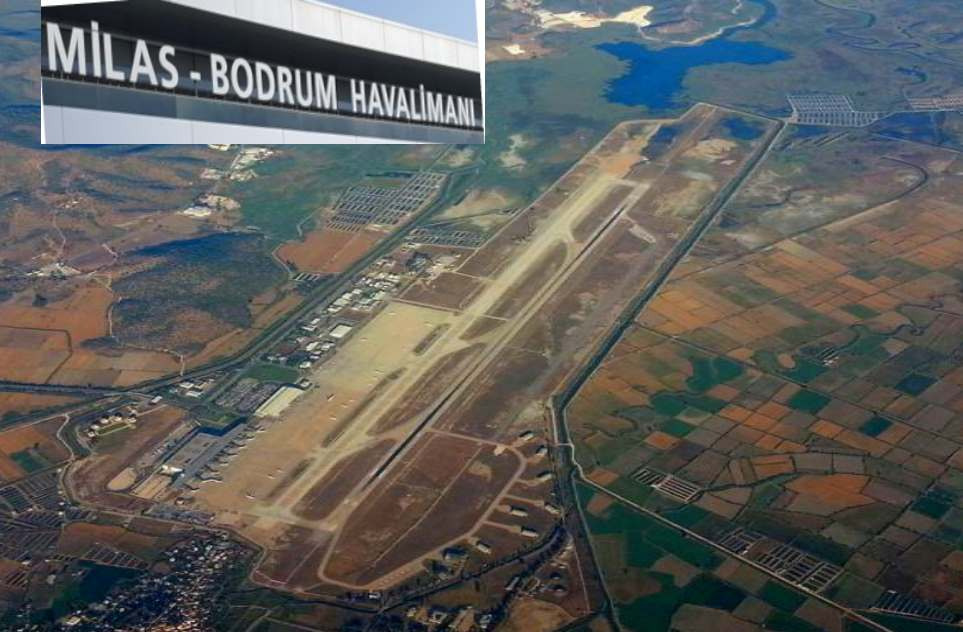 Bodrum-Milas Airport was put into operation in 1997 and is used exclusively for civil aviation. Bodrum Airport should serve as a livelihood for tourism development in the Mugla region.
Bodrum center is about 40 km away and Milas is about 18 km away.
The Turkish airport Bodrum-Milas with international status has been extended by the new international terminal in 2012 by a larger new building due to the sharp increase in passenger numbers in recent decades.

The capacity of 5,000,000 passengers a year can be handled by the airport in Bodrum-Milas. TAV Airports Holding has operated the domestic terminal since July 2014 and since October 2015 also the international terminal.

The international terminal has information desks, lost property office, VIP and CIP rooms, prayer rooms, duty-free. In addition to the service of the childcare facility you can find in the gastronomic area (restaurant, bar or café) your desired choice. A medical service for first aid, car rental, ATM and post office.

In addition to the Belediye bus, the Havaş company operates an airport shuttle. Here are the departure times of Havas buses after departure and the arrival of national, such as international flights. The Havas Bus will take you from Bodrum Airport to Bodrum Bus Terminal (Otogar), which is located right in the city center of Bodrum. The price is per trip per person at 17,50 Turkish Lira.
In addition to taxi and individual transfers, there are a number of locals and international car rental companies. Just a few names: Europcar, Avis, Hertz, Budget, Almira and Garenta.
If you want to use your own vehicle, plenty of (paid) parking is available right in front of the terminals.